Exactly ten years ago, a quarter of a million people marched through the streets of Edinburgh calling on the G8 to Make Poverty History, and millions joined their call at Live 8 concerts around the world.

As a young campaigner, I was part of the team who helped bring together the historic human white band around the Scottish capital and watched in awe as people streamed into The Meadows in solidarity from across the UK. 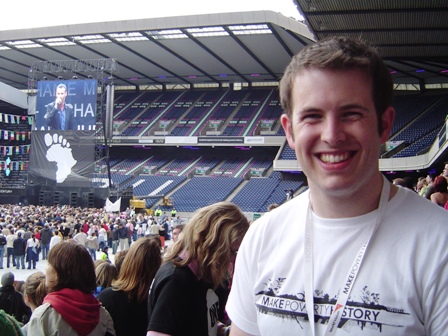 Thanks to our pressure, and the leadership of Tony Blair, Gordon Brown, Hilary Benn and others, G8 leaders signed an historic agreement to cancel debt for the most highly indebted poor countries and secured agreements to scale up aid by billions of pounds.

Ten years on, as we approach the Sustainable Development Goals summit in September and a major climate change conference in December, it is clear our work is far from over. But we have also made great progress towards global poverty reduction, and Britain’s contribution couldn’t have happened without Labour campaigners and politicians leading the way.

Between 1997 and 2010 Labour helped lift 3 million people out of poverty each year. We helped to get 40 million more children into school, and 3 million people onto lifesaving HIV drugs. 1.5 million people gained access to safe water and sanitation services. We cancelled 100% of multilateral debts for the poorest countries. We set up a dedicated Department for International Development which was working so well that even the Tories felt obliged to hold on to it.

And in opposition we have kept up the pressure. Ten years after Labour first put Britain on the timetable to reaching the 0.7% target, and five years after Labour first proposed to enshrine this aid promise in law, I was proud to vote in the House of Commons as a Labour MP to pass the Bill to spend 0.7% of our GNI on overseas aid. It only got through because of Labour’s support – more Labour MPs voted for in favour of the law than all the other parties combined. 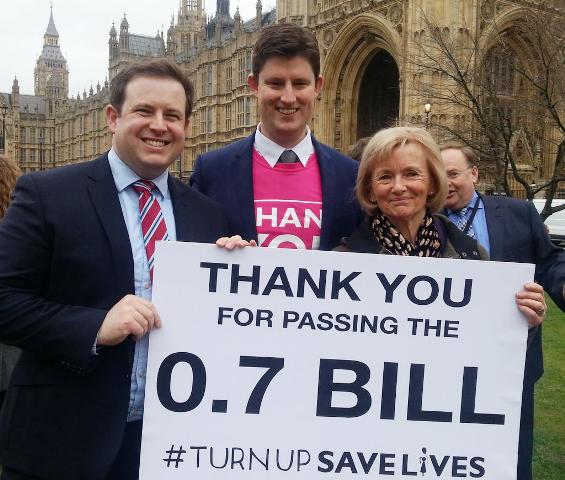 The Labour Campaign for International Development is a socialist society affiliated to the Labour Party, committed to getting Labour back in power and making Britain a progressive powerhouse once more.

On the tenth anniversary of Make Poverty History, I would be delighted if you could help us by:

1)        Sharing this video to remind our party and the public how far we’ve come in the last ten years, using the hashtag #makepovertyhistory.

2)        If you’re not already a member, joining the Labour Campaign for International Development, a group for all those committed to a world without poverty and injustice. Follow us on Twitter at @LabourCID and join us at lcid.org.uk/join.

Ten years ago we made history, but we haven’t yet defeated global poverty and injustice. Join us in that fight.