After years living under a dictatorship responsible for gross human rights violations, protests erupt in cities around the country about poor living standards and demanding “Freedom, peace and justice.”

The regime responds brutally, intimidating protesters and imprisoning, beating, and tear gassing them.

And if that wasn’t bad enough, the security services start using live bullets, and deliberately targetting doctors for treating the injured. Doctors, yes doctors, being shot and killed or maimed.

Syria, right? But no, this depressing chain of events is, in fact, now being played out in Sudan.

It’s almost as if Omar al-Bashir – wanted by the international criminal court for charges of war crimes for the genocide that took place in Darfur 15 years ago – has picked up the phone to Bashar al-Assad to ask for the instruction manual for how to crush protestors – and get away with it.

We must learn the lessons of Syria, where Assad has used chemical weapons, killed half a million civilians, tortured thousands, and caused 6 million to flee the country, with almost complete impunity from the international community. 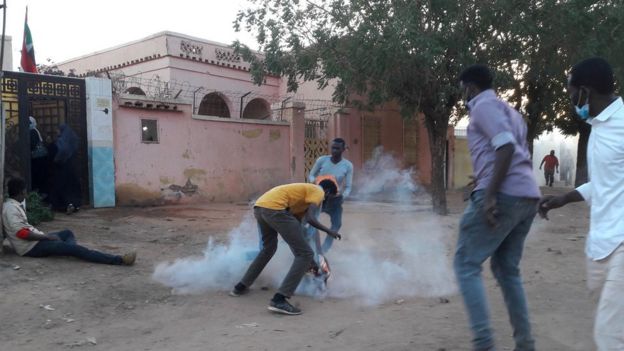 Protectiving civilians in conflict is one of LCID’s campaigns. We acknowledge it is a controversial subject, including amongst Labour members. Rightly, we worry about whether intervening in another country’s affairs will do more harm than good. Every situation is different, but we must always be guided by our internationalist principles and by our international obligations such as the Responsibility To Protect Civilians, which we signed up to with each and every government in the U.N. in 2005.

This principle acknowledges that when a government either wilfully fails to protect the security of its citizens, or is unable to do so, the international community has a clear obligation to intervene, choosing timely and decisive action from a wide range of approaches, including diplomatic means, sanctions and (only) in the most extreme cases, military operations.

Following that principle, it crucial that the UK Government and the international community responds urgently to what is happening in Sudan and makes clear to President Bashir that human rights abuses against protestors will not be tolerated. The situation in Sudan is still developing and any response must be based on expert analysis of the circumstances on the ground. But we must not just sit back and watch Assad’s playbook be copied and pasted before our eyes by Bashir, with all the shocking loss of life and physical and physcological abuse that would entail.

Given what happened in Syria, given a UN Security Council that includes Trump, Putin, and China (with all it’s economic interests in the country and support for Bashir), and given we are distracted by Brexit, I’m not particularly hopeful that anything will be done. It shames us all that the international community is not supporting those who stand up for freedom, peace and justice. I hope I’m proven wrong.

David Taylor is the founder and current Vice-Chair of the Labour Campaign for International Development.