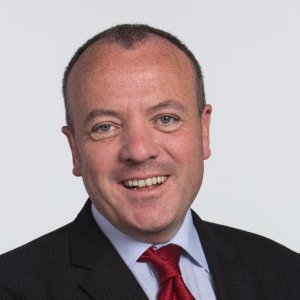 Whatever side of the EU Referendum Debate you sit on it is hard to deny that being able to work collaboratively with some of the world’s strongest economies, to pool financial, institutional and technological resources enables us to make much more significant inroads into tackling global poverty than it would if the UK simply acted alone.

As ActionAid UK’s Chief Executive, Girlish Menon said in a recent blog on the subject: “To end poverty we need stronger, not weaker collaboration.”

I am proud of the UK’s commitment to International Development over many years and successive Governments. The last Labour government helped 3 million people out of poverty a year, and 40 million children into education, tripled aid, dropped the debt, and built international coalitions to secure agreements that were right for Britain and the world. Had we sat outside the EU would those achievements have been possible on the same scale?  I do not believe they would.

As a Shadow Minister for International Development I was involved in the campaign to enshrine in law our 0.7% commitment to development aid spending. British aid makes a huge difference to millions. But it is amplified by being a member of the European Union which is the world’s largest aid donor. An example of how working collaboratively with the EU increases the effectiveness of our aid budget is in relation to global reach. The UK has aid agencies which operate in 28 countries around the world – include our partners in the European Union and that figure rises to 150.

Kevin Watkins, Executive Director of the Overseas Development Institute is right to point out in his recent article for The New Statesman that the EU Referendum debate so far as failed to address some of the important questions about our role and place in an increasingly interconnected world.  Even those who don’t adhere to the view that we have a moral obligation in relation to international development understand than in an increasingly unstable and insecure world efforts to tackle global poverty and end conflict have positive benefits beyond the countries in which they are made, including for the UK.

It’s not just about money, cooperation and global reach, of equal importance is the ability to pursue shared policies which go beyond international development yet impact significantly on the developing world. Progress on global tax justice has been led by the European Union but there is still much to do. We need to rework broken OECD tax rules and mandate the UN to develop a set of rules that ensure big businesses pay their fair share of tax in every country they do business in. Achieving this without the influence and leverage of the European Union is highly unlikely.

For me personally, as a former CEO of an organisation that built movements that mobilise the power of people to take action, I fear the impact of a UK exit on the influence of Civil Society.  Through the European Union the UK’s excellent network of NGOs have built the capacity of Civil Society across Europe. This has enabled civil society influence over key decision in relation to issues like climate change and tax transparency.

It’s time the debate on the EU Referendum dealt with the reality of the world as it today. A world that if we fail to address the challenge of global poverty will become increasingly unstable. A challenge that we will be much less able to address whilst sitting on the outskirts of the European Union.