Today is the first day of the Fairtrade Fortnight, which runs from 22 February to 7 March. Around the world, millions of lives have been touched, changed and improved by Fairtrade: providing decent earnings to producers in developing countries. This year, the theme of the Fairtrade Fortnight is “The Big Swap”. Think about the products you use, could you swap to a Fairtrade equivalent? The aim is to get 1,000,001 swaps by the end of the fortnight.

But what, exactly, has the Labour Government done for Fairtrade?

Since 1997, the Labour Government has supported Fairtrade with DfID funding and from this year, even during the recession, funding will be quadrupled to £12m over the period 2010-13 as part of a joint effort with donors and Fairtrade Labeling Organisations International. This will help bring 1 million more producers into the movement, which in turn means higher wages and better lives for 7 million people across the globe.

Additionally, through “Fairtrade Premiums”, twice as much money will be invested directly into local organisations. These can provide improved irrigation, or medical clinics, which will make a profound differnce the lives of people in developing countries. 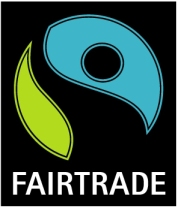 The Fairtrade movement is vital because no country has managed to tackle poverty in the last 30 years without also increasing trade. Trade can be the great leveller of the world and help millions out of poverty, raise living standards and increase global prosperity: if it is done right. Fairtrade ensures that producers get the returns they deserve for their products. What we need is fairer, more equitable international trade rules. The Labour Government has been pushing for this for the last 13 years and is providing at least £1b every year for the next 3 years in aid for trade and growth, as well as seeking to enshrine a promise to provide 0.7% of national income in aid every year.

Labour believes in the values of the core of Fairtrade: that everyone across the globe should receive a fair price for their goods and a fair wage for their work. This belief in equity and fairness is shared by countless millions of people: over the last decade, every year we have doubled the amount of Fairtrade produce we buy. Already, 7.5 million people benefit from Fairtrade, which is crucial to development. With continued support from the public and the Labour Government, this can only increase.

Please visit the Fairtrade Fortnight website choose what you will swap for Fairtrade.