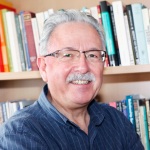 By David Hulme, Professor of Development Studies at the University of Manchester and Executive Director of the Brooks World Poverty Institute

It looks, thankfully, like DFID has survived the brunt of austerity savings made since the financial crash of 2008. While backroom costs have been cut, the government has stuck to its commitment to earmark 0.7% of Gross National Income for Official Development Assistance. Though critics instinctively point to the development budget in suggesting where we need to cut public spending, the truth is there is a rare consensus among the main parties that our spending on overseas aid plays a valuable role.

And there is good reason to arrive at such a conclusion. Despite public misconceptions about the amount Britain spends on aid (over a quarter of Britons think it is one of the government’s main outlays), the DFID budget is 1.1% of public spending; we spend more every year on soft drinks. The return on this is substantial – the money goes a long way. As an illustration, by 2015, UK aid will secure schooling for 11 million children – more than we educate in the UK but at one-fortieth of the cost.

A rethink in our approach to the way we do aid means that another critical claim of development assistance – that it ends up in the wrong hands – is unsubstantiated.   The UK can be proud of its role in promoting ‘smart aid’, which makes development efforts more transparent, more accountable, and more demanding than ever before. An independent body evaluates the effectiveness of development initiatives, ensuring consistent value for money. Funds are pulled at the first suspicion of corruption.

Perhaps more fundamentally, ‘smart aid’ has revolutionised the thinking behind the development process itself, as well as the procedures involved. Short-term alleviation may sometimes be appropriate in times of crisis, but it often fails to address the underlying causes of poverty. In contrast, aid is now helping lay the foundations for sustainable economic growth. Increased focus on infrastructure, healthcare and education provision, and agricultural reform works to catalyse economic potential, offering a long-term solution as opposed to a short-term patch-up. For too long we have seen developing countries subsumed by borrowing, with unbalanced economies leaving them prone to price fluctuations and dependent on debt relief. ‘Smart aid’ is playing an important role in changing this, and a continued commitment to the DFID budget will go a long way in addressing the root causes of poverty.

To assume our interests are entirely separate from the goals of the developing countries with whom we are working is also misguided. Our money is helping to combat the oppression of women worldwide. It is well documented that global poverty disproportionately affects women: DFID has focused especially on reducing often extreme gender imbalances. This has a profound effect, not just for the women themselves, but for the wider communities in which they live. If we are serious about working towards a world where men and women have equal chances, there are few other ways that could promote and advance the cause so effectively, and for such relatively small sums.

The aid budget is also spent tackling global warming – both its causes and its symptoms – in areas of the world that are currently most severely affected, and face deepening problems for generations to come. A carbon-intensive, ecologically destructive developing world will prove extremely problematic down the line – these are global issues that will impact on us all. Helping create sustainable economies fully utilising environmentally friendly technologies is surely the kind of world we want to leave to our children and grandchildren.

Britain has, in many ways, pioneered the 21st century development project. Our pledge to safeguard 0.7% GNP to foreign aid forms part of an international agreement that was signed in the UK in 2005, to global acclaim. Some countries have matched us, and others designate an even greater percentage to foreign assistance, but Britain’s role in pressing the moral case for it has been central in advancing the idea. And DFID’s work in the field stands out as an example against which others measure themselves. DFID is a world leader in enhancing knowledge around development. Funding for its research, which is carried out on an unparalleled scale, is untied: money follows talent to create knowledge that benefits humanity.

As we head into party conference season, then, it is a sign of DFID’s success that all three of the main parties will be making the case for continuing the great work that Britain has done in combating extreme global poverty. And it’s important, with the rise of inward-looking politics in parts of Britain, and in a broader context of austerity that looks set to stay for the foreseeable future, that we keep making this case. A fairer, more prosperous world will, ultimately, be for the good of everybody.